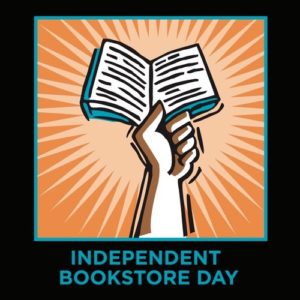 In January of 2011, downtown Santa Barbara’s two large chain bookstores closed. In many communities around the country, this would have been a disaster, leaving book lovers to sift through the one hundred or so titles sold at the local Walmart or Costco. Santa Barbara was different. It had a large independent new bookstore, a range of used and rare bookstores, and a century old used bookstore already expanding into new books.

In the years since, as the chains have been closing stores, the number of new independent book stores nationally has been increasing. This is what Independent Bookstore Day celebrates. We at the Book Den want to give a shout out to Chaucer’s Bookstore, the largest bookstore between Los Angeles and San Francisco. And to Randall House and Ralph Sipper Books, two world class rare book dealers. And to Mesa Bookstore, the best 200 square foot bookstore in the world. And to Lost Horizon Bookstore, our friendly rivals on Anacapa Street.