Nestled half a block off State Street, Santa Barbara`s main shopping street, The Book Den has been serving the literary needs of Santa Barbara residents and visitors alike for more than eighty years. We stock tens of thousands of new, used and out-of-print books in a clean, bright and well-organized store. We carry recently published hardcover and paperback books, as well as a good selection of back stock. And we have a large inventory of used and out-of-print books on most subjects, from Art and Literature through History and the Sciences.

Introductions are in order

The Book Den is much more than a building with a lot of books in it. It is the people who put it all together. Here are the experienced and knowledgeable people who make up the Book Den staff. 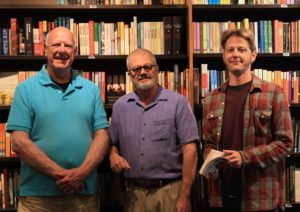 A Short History of the Book Den 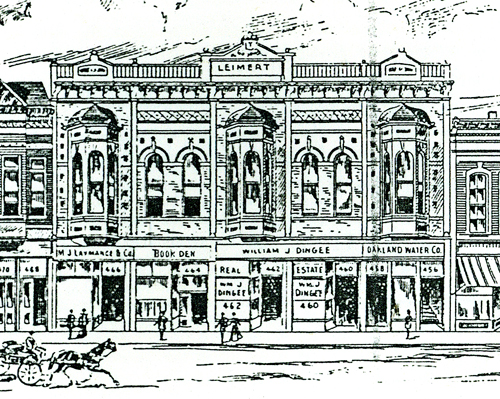 Sometime during 1902, two brothers, Ernest and Thomas Angel, opened a book store at 1257 Broadway in Oakland, California. In 1904, they moved the store four blocks down Broadway to 464 Eighth Street, and by 1905, they were out of business. Not a very auspicious beginning for what would become one of the oldest book stores in California.

But the store was taken over by Clarence Fellows Rowell, a recent graduate of the University of California, where his father, Joseph Cummings Rowell, was the University’s first librarian. 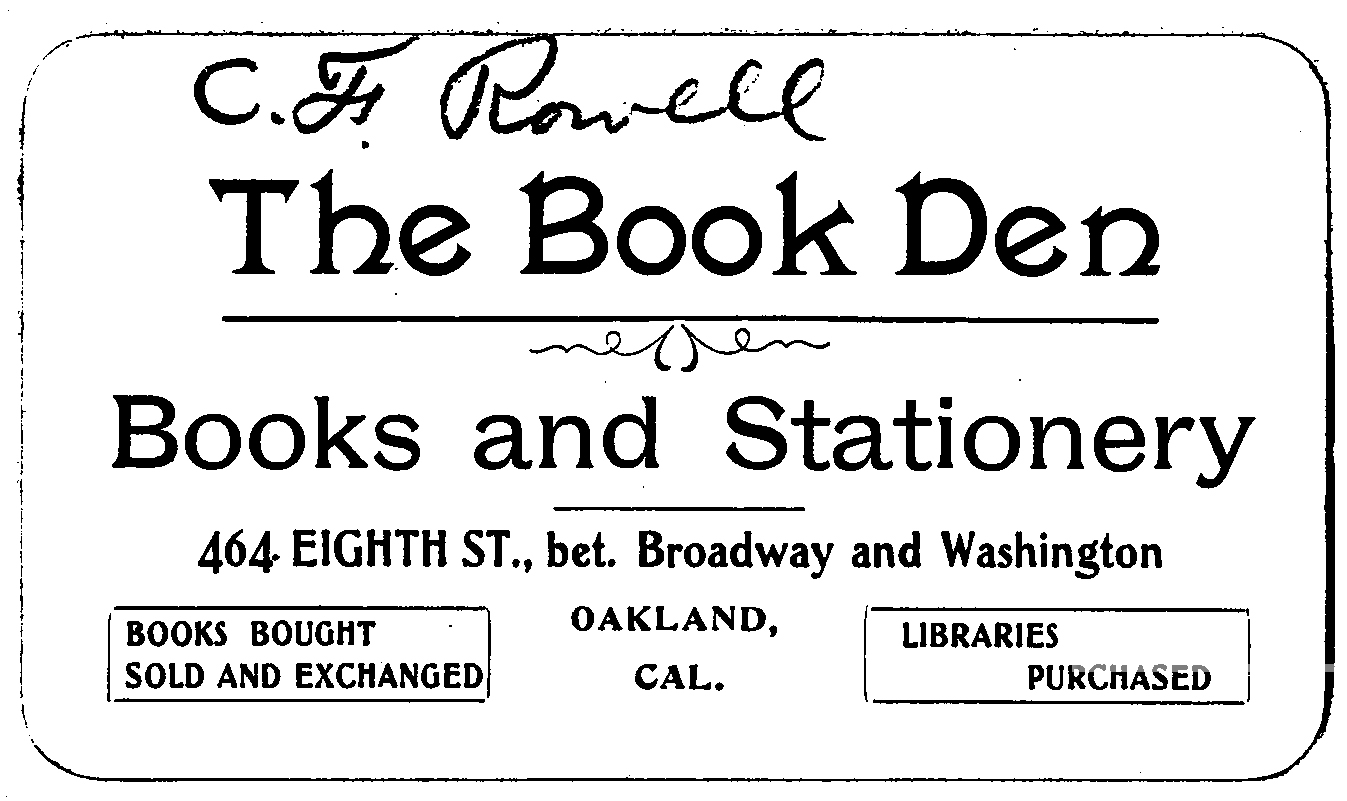 A Book Den business card in the Edward C. Kemble Collections of the California Historical Society contains the name C. F. Rowell written across the top in pencil. From the phrases “Books Bought Sold and Exchanged” and “Libraries Purchased”, we can deduce that the Book Den was primarily a used book store.

Clarence Rowell died on December 18, 1926, a relatively young man in his early forties. In early 1927, The Book Den was purchased by one Max Clemens Richter whose family owned considerable property in Santa Barbara. In 1933, Richter made the decision to move the store to Santa Barbara.

The new home of The Book Den was the ground floor of the Odd Fellows Hall at 15 East Anapamu Street. The Santa Barbara News-Press of February 19, 1933, contains an article announcing the opening of The Book Den. The stock is described as comprising “volumes treating with all branches of literature, science, first editions, books on philosophy, sociology, natural sciences, art, and fiction.”
The description still applies. 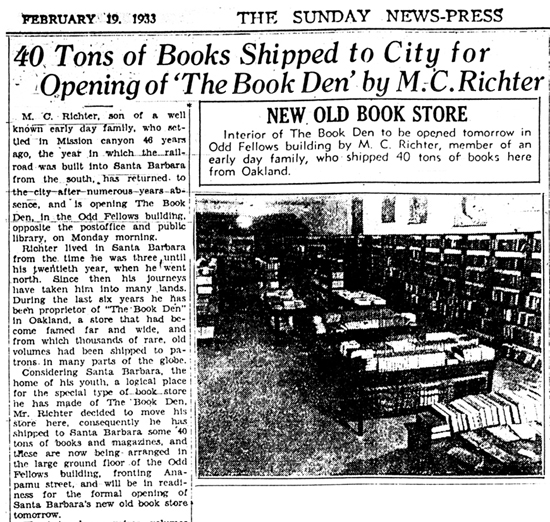 Customers recall that in Max Richter’s later years, it was usually Max’s son, Richard, or long-time employee Helen Nelson with whom one dealt. Richard worked in The Book Den for more than twenty years, beginning when he was twenty-four. Max Richter died on April 14, 1973 at the age of eighty-nine. His son sold the business the following year. 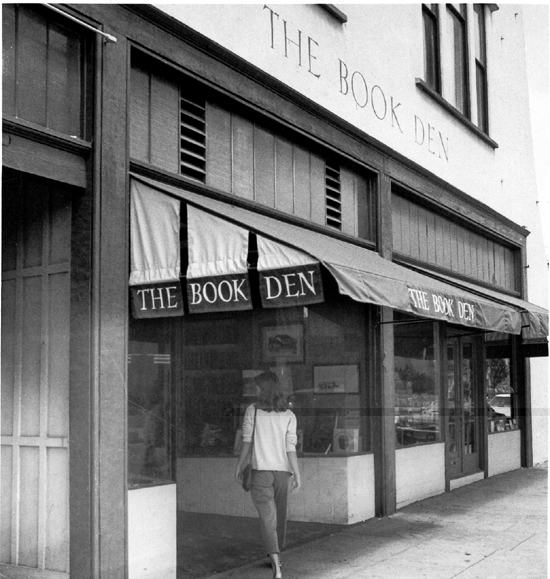 On April 1st, 1979, I purchased the Book Den with my business partner, Michael Isador. We both were fairly knowledgeable about books; I had worked for Brentano’s bookstores in the Bay Area. But we knew little about the used book business. The adoption of Blanch and Beardsley, the famous Book Den cats, was perhaps the most momentous initiative. They would grace the store for most of the next two decades.

In 1983, Michael Isador decided to return to music and I bought his share of the business. 1983 was also the year in which the store acquired its first computer, a venerable Kaypro 4.

I opened another Book Den store in 1985, this time in Isla Vista, near the University of California, Santa Barbara. It was a small 750 square foot space, furnished with fixtures from a B.Dalton book store. The store looked great, but never really sold enough to be profitable. The store was closed three years later.

Earthquake retrofitting resulted in the storefront next door at 11 East Anapamu Street being available and the idea of moving into the larger space took hold. It took until September of 1990 for the building to be ready, but when the move happened, it happened quick. Bookcases were mounted on piano dollies to make rolling book carts and forty thousand books and all the fixtures were moved in three days. After fifty-seven years in the same location, The Book Den had a new home, even if it was just next door. 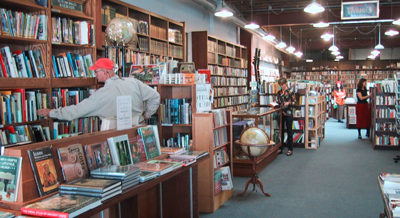 The 1990s saw more and more computerization of the inventory and The Book Den began selling on the Internet in 1999. Work began on The Book Den web site in July of 2001 and www.bookden.com was launched in September.

The changes wrought by Internet on the book business have been profound. The sheer volume of books available online has brought prices down, and many bookstores, both new and used, have closed. Also, the sale of has greatly reduced prices. The Book Den’s response was to concentrate on two lines of inventory – antiquarian books valuable enough to sell on the Internet and a good general used books which would sell to walk-in traffic in the store. In 2005, The Book Den moved to 15 East Anapamu. The effects of Internet bookselling made it advantageous to have a smaller store and a more select stock. 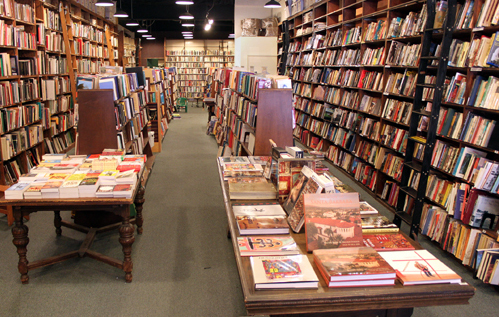 At the end of 2010, both the Borders and the Barnes & Noble stores in Santa Barbara closed. Suddenly, The Book Den was the largest bookstore in downtown Santa Barbara! There were two significant consequences: We acquired a large amount of very handsome shelving from B&N, and we went into the new book business in a big way. 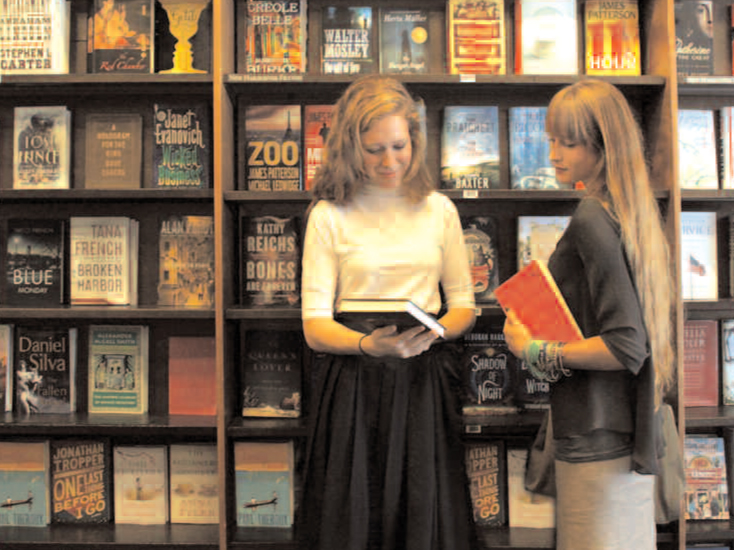 The store had always carried new books – local history, new trade fiction and limited backstock. But with no other store selling general new books downtown, we saw a need and an opportunity.
In the course of a year or so, we’ve added new book inventory and gotten the word out. At this point, our sales are just about half and half, new and used. 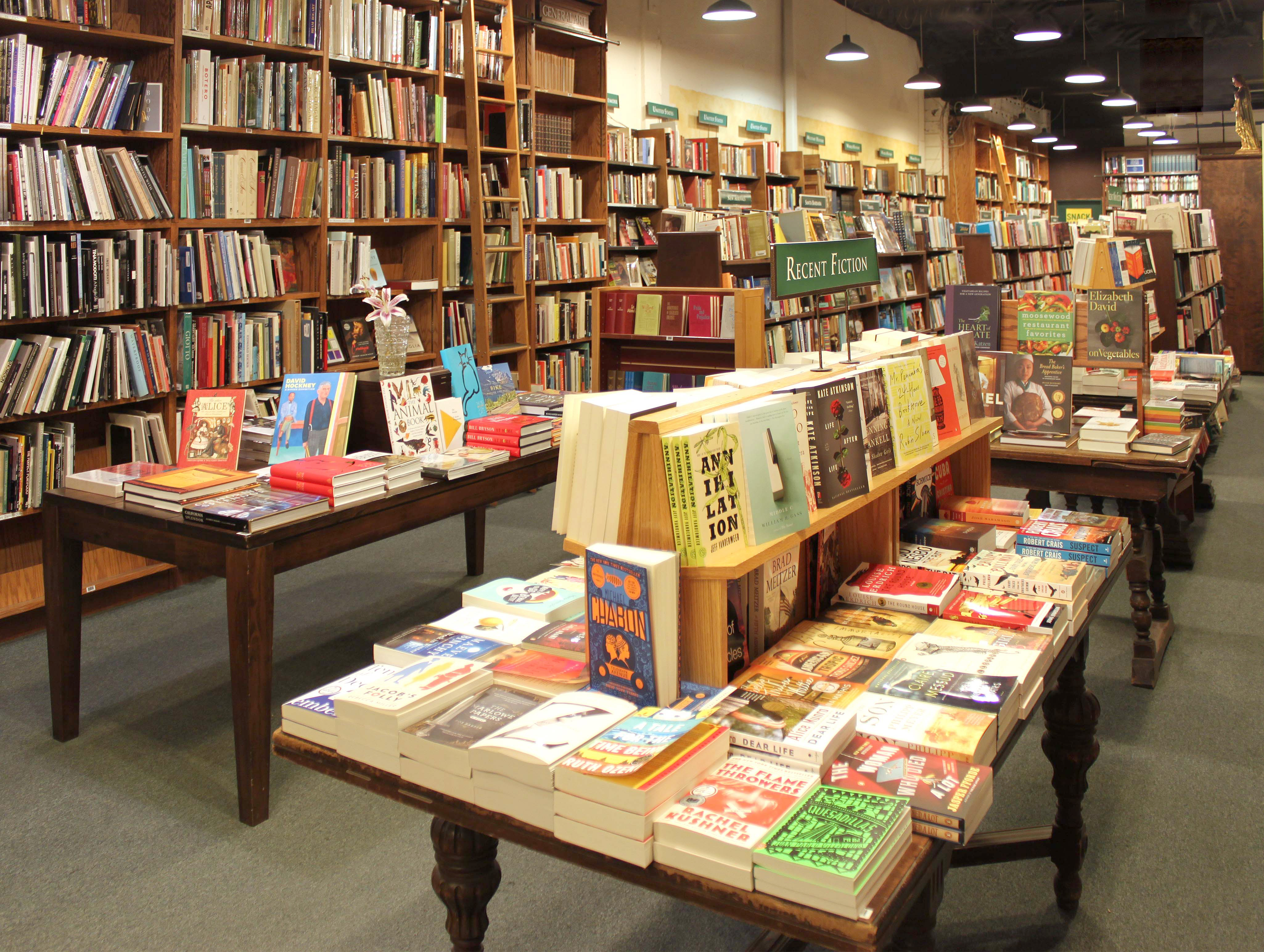 So where do we stand, twelve years into our second century? We see that the Internet is a permanent factor in bookselling. And the coming of e-books is already having an effect on the sales of printed books. Some categories, like reference books, will probably lose out to the electronic version. Other subjects, like literature will probably sell in both formats. Really sumptuous productions – art books, fancy cookbooks, and the like – will do better in print. We think our business model of selling a wide variety of new and used books, both in a physical store and online, will continue to function well into the future. We will continue to depend on the patronage of the reading public of Santa Barbara.

My thanks to Charles Johnson of the Ventura Art and Historical Museum for his invaluable help in compiling the early history of The Book Den.