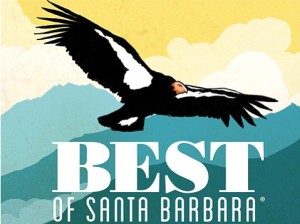 The Book Den placed second, with Chaucer’s taking first. As the write-up says, many Santa Barbara bookstores have endured the onslaught of the chain stores “thanks in large part, to their personality and curating.”

Congrats to Chaucer’s, who by the way, are the most gracious of competitors. Yesterday, our distributor shipment arrived at Chaucer’s instead of the Book Den. One of their booksellers actually drove the box downtown to us. Thanks!

Read all of the results here.